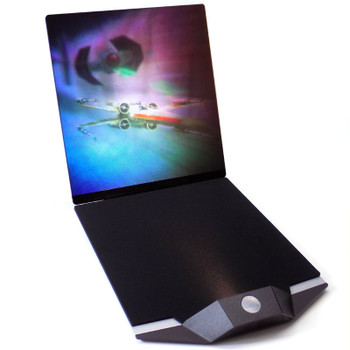 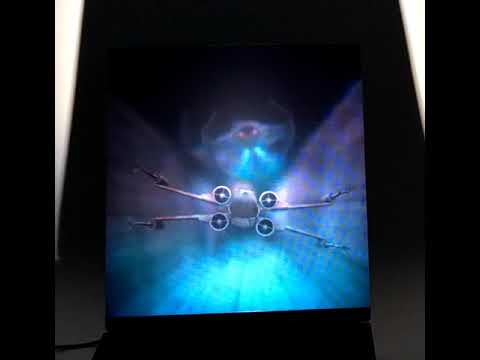 Video will open in a new window

Condition: New. Great addition to any collection! This is the first and last time these will ever be made as the manufacturer is going out of business. Once we are out of stock, they will be gone. Search Youtube to see unwrapping videos that show off the hologram effect much better than still pictures can. Comes in individual factory sealed packages. Cosmetic appearance may vary slightly from pictured unit(s).

Scene Story \"Any attack made by the Rebels against this station would be a useless gesture, no matter what technical data they've obtained.\"― Motti- With the rebellion and the lives of everyone on Yavin 4 in the balance, Luke Skywalker sped toward the unshielded small exhaust port of the Death Star in his X-wing. Behind him, Darth Vader, having dispatched Luke’s wingmen, zeroed in for the kill shot. At the last moment, however, Han Solo and Chewbacca in the Millennium Falcon surprised Darth Vader and destroyed one of his wingmen. In the confusion, the other wingman panicked and collided with Darth Vader's fighter sending him careening into space. With the Force aiding him and his path now unencumbered, Luke Skywalker fired his torpedoes perfectly into the port … destroying the Death Star. This hologram contains over 220,000 holographic frames. No manuals, cords/cables, or additional items are included if not listed or shown.

Can't wait for the auction to end? Click here to buy it now!

CDN Systems LLC, DBA Doug Deals, is not an authorized distributor or affiliated with the manufacturer of this product. Original manufacturer's warranty does not apply.